For more about his life, see Scotty McCreery/Personal.

Scotty auditioned in Milwaukee. He sang "Your Man" by Josh Turner and "Put Some Drive in Your Country" by Travis Tritt. All three judges voted "yes", sending him to the next round.

Scotty was shown in the first part of Hollywood Round in the same Group of Ten as Jerome Bell, again singing "Your Man" by Josh Turner. He was shown in a group called "The Guaps" along with Clint Jun Gamboa, Frances Coontz, and Monique De Los Santos singing "Get Ready" by The Temptations. He was shown in the third part of Hollywood Week singing "I Hope You Dance" by Lee Ann Womack. He was placed in Deliberation Room 4, along with Thia Megia, Naima Adedapo, Carson Higgins, Julie Zorrilla, Jovany Barreto, and Rachel Zevita. Everyone in his room advanced.

Back in Hollywood, he sang "Long Black Train" by Josh Turner. At the final deliberation, the judges told him that he made the Top 24.

Scotty sang "Letters from Home" by John Michael Montgomery. He was placed in the Top 5 for the boys for that week, making him a Top 13 finalist.

Scotty appeared in the Finale of Season 18. 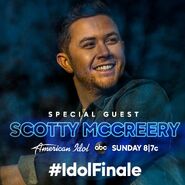 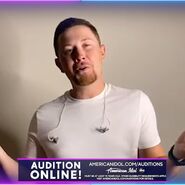 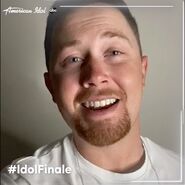