Phillips was born on September 20, 1990. He grew up in Leesburg, Georgia. He has graduated from Albany Technical College with a major in Industrial Systems Technology but missed his graduation ceremony due to him being on American Idol. Before trying out for Idol, Phillips had once auditioned for the second season of America's Got Talent(however, unaired) but didn't make the finals of that show.

Phillips had been working at his family's pawn store in nearby Albany, Georgia when he decided to try out for Idol.

Phillips auditioned for American Idol in Savannah, Georgia. He made it to the Hollywood round and later to the Las Vegas rounds. Phillip was chosen as one of the Top 25 contestants. He was also one of the top five male vote getters to advance to the Top 13 round. He is considered one of the most original contestants on American Idol as told by the judges. Some fans of the show, however, have criticized Phillips for sounding too much like rock singer-songwriter Dave Matthews. Some have even flat-out called him a Dave Matthews clone.

Phillips has also on occasion been criticized for his personality, either being seen as too humble for his own good or coming across as a jerk especially when he rejected advice from both fashion designer Tommy Hilfiger, who suggested that he not wear so much grey, and hip-hop mogul Diddy, who suggested that Phillips not use his guitar in every performance. However, his insistance on staying true to himself endeared Phillips to many people.

One of Phillips' closest friends on the show is Heejun Han. Some have described their friendship as a "bromance".

Ever since making the top 13, fans noticed that Phillips wasn't always in the Ford music videos, and that he looked like he was in pain during his performances whether it was one of his own or when he was performing with someone else. It was later revealed that Phillips suffers from a congential kidney condition that produces kidney stones so large that they cannot pass through. He even underwent 8 operations during his time on the show to help ease the pain he was dealing with and at one point considered quitting the show to focus on his health. A few days before the finale, however, the gossip website TMZ revealed that Phillips needed surgery to reconstruct one of his kidneys after the finale, which he did confirm. While some have appaulded Phillips for sticking it out and going after his dream, others have criticized him for putting his health at risk by delaying the surgery so that he can stay on the show.

Phillips' EP, Phillip Phillips: American Idol Season 11 Highlights, was released at Walmart on July 3, 2012. It has sold 82,000 copies to date. His debut album, The World from the Side of The Moon, which Phillips wrote or co-wrote the majority of the songs, was released on November 19, 2012, debuting at number 4 on the Billboard 200. It has since gone platnuim, selling over 1 million copies as of November 2013. One of the biggest hits off the album is "Gone Gone Gone", which became the official elimination song for season 12. "Gone Gone Gone" also become a hit, selling over 1 million digital copies.

Phillips hit the road with the Grammy-winning band Matchbox Twenty for a North American tour in 2013 in addition to his own ten-date college tour in January 2013. Phillips then launched his own college concert tour in March 2013. However, due to illness, he was forced to reschedule his last several tour dates in May 2013 as well as cancel an appearence at the American Idol finale.

On June 12, 2012, the pawn store that Phillips' family owns, Albany Sporting Goods and Pawn in Albany, Georgia, was robbed of around $4,000 worth of merchandice and $110 that was in the cash register. Phillips and his family were in California at the time because he was recovering from his surgery. It was later revealed that Phillips' father had put the business up for sale about 10 days before the Idol finale.

Phillips's second album, Behind The Light, was released on May 19, 2014. The album's first single, "Raging Fire", was released digitally on March 3, 2014. It proved to be a successful single, peaking at number 4 on the Billboard Adult Alternative Songs chart and number 7 on the Adult Top 40 chart. He performed the song on Idol on March 6, 2014. He is currently a part of a 25-city co-headlining tour with the band O.A.R., which kicked off on June 12, 2014 in St. Louis, Missouri. He performed "Raging Fire" again, this time with Sam Woolf, at the American Idol finale on May 21, 2014.

On January 26, 2015, Phillips filed a motion with the California Labor Comissioner seeking to void his contract with 19 Entertainment, claiming that the contract is "oppressive". However, many legal experts say that Phillips may a hard time proving his claim. The lawsuit was settled in June 2017.

Phillips became engaged to his longtime girlfriend, college student Hannah Blackwell, on Christmas Day 2014. The couple, who met when both were voluteering at a women and children's shelter, had been dating since 2010. The couple were married on October 24, 2015. He's also a devout Christian. 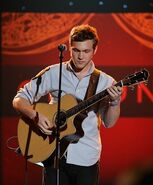 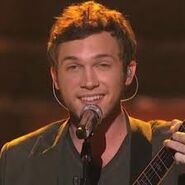 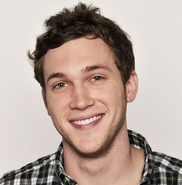 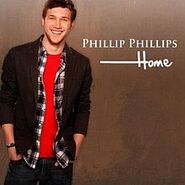 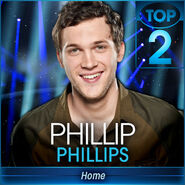 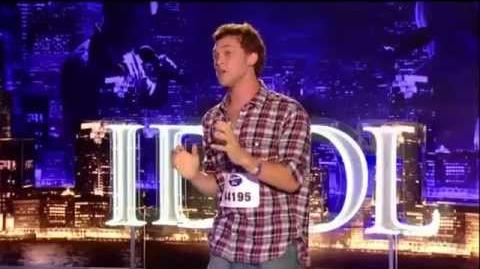 Retrieved from "https://americanidol.fandom.com/wiki/Phillip_Phillips?oldid=19853"
Community content is available under CC-BY-SA unless otherwise noted.