Katy Perry, Luke Bryan
Lionel Richie is an American singer-songwriter, record producer, and actor who has been a judge in American Idol since Season 16.

Richie served as a guest judge for the second Top 8 Week of Season 2.

On September 29, 2017, the show announced that Richie would be joining pop superstar Katy Perry and country superstar Luke Bryan as a judge in Season 16 of American Idol. Richie returned as a judge for seasons 17 and 18.

Prior to American Idol, Richie was best known for his music, notably with the band the Commodores, and later as a solo artist. His hit songs include "Hello" and "All Night Long". He notably appeared in the 1996 film ​The Preacher's Wife​. 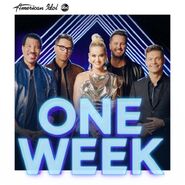 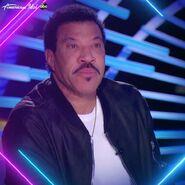 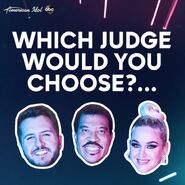 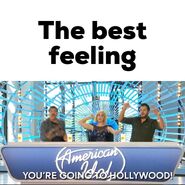 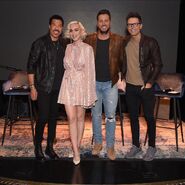 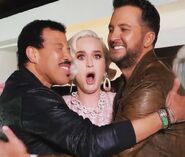 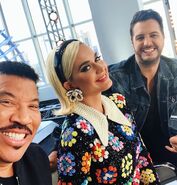 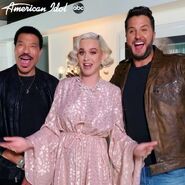 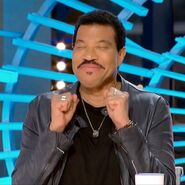 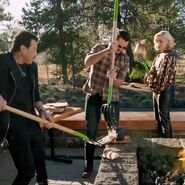 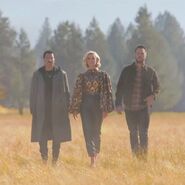 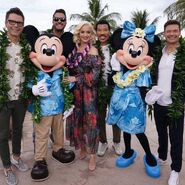 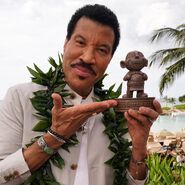 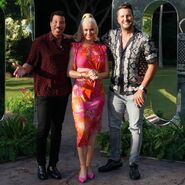 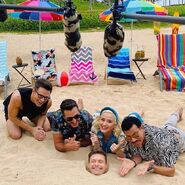 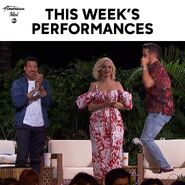 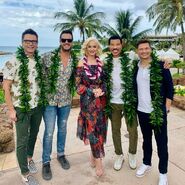 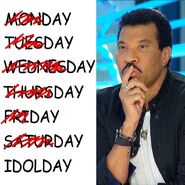 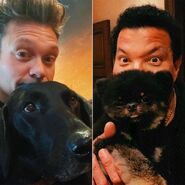 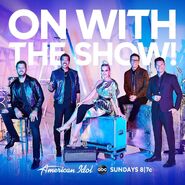 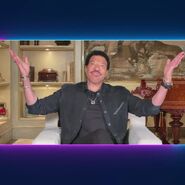 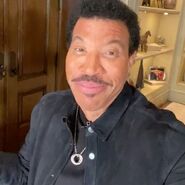 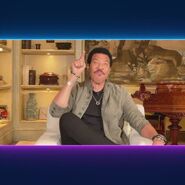 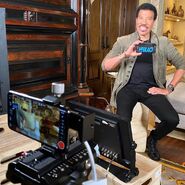 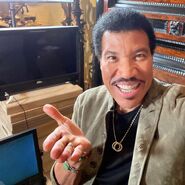 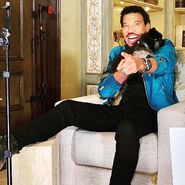