Hollywood Round, Top 40 (Hawaii Round)

Genavieve Linkowski was a contestant in Season 16 and Season 18 of American Idol.

Genavieve auditioned in Nashville. All three judges voted "yes", sending her to the next round.

Genavieve was shown in the final Solo Round singing "Praying" by Ke$ha. Afterwards, she was placed in the same holding room as Crystal Alicea, Brandon Elder, Gabbii Jones, and Deonte Baker. Everyone in their room was eliminated.

Genavieve auditioned in Milwaukee. She sang "How Am I Supposed to Live Without You" by Michael Bolton. All three judges voted "yes", sending her to the next round.

Genavieve competed in the "Pop" category alongside Louis Knight, Robert Taylor, Demi Rae, and Geena. She sang "You Are the Reason" by Calum Scott. Afterwards, the judges told her she did enough to advance. She was later shown in a duet with Travis Finlay called "Ebony and Ivory" singing "The Prayer" by Celine Dion and Andrea Bocelli. Both members of the duet advanced. For her final Solo performance, she sang "In My Blood" by Shawn Mendes.

Genavieve sang "You Say" by Lauren Daigle. Afterwards, the judges told her she did not become a Top 20 finalist. 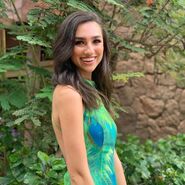 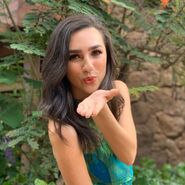 Retrieved from "https://americanidol.fandom.com/wiki/Genavieve_Linkowski?oldid=45538"
Community content is available under CC-BY-SA unless otherwise noted.